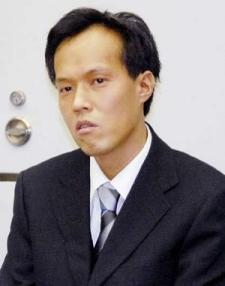 A Japanese man has survived for 24 days in cold weather and without food and water by falling into a state of “hibernation”, his doctor has said. Mitsutaka Uchikoshi, 35, went missing on 7 October after going with friends to climb Mount Rokko in western Japan. He had almost no pulse, his organs had shut down and his body temperature dropped to 22°C when he was found. Medics say they are still puzzled how he survived because his metabolism was apparently almost at a standstill.

Dr Shinichi Sato, who treated Uchikoshi, says he went into a hypothermic state which was “similar to hibernation”. This case is not unique; in fact, a handful of other people have gone through similar ordeals. What is unprecedented, however, is the length of time that Uchikoshi remained in this state. In the previously documented cases, the people have remained in the “hibernation” state for several hours at most.

Scientists have entertained the possibility of human hibernation for many years. Researchers at NASA and the European Space Agency (ESA) are particularly interested in this topic, because long-distance travel through deep space would necessitate putting astronauts into some kind hypometabolic state. The ability to put humans into short-term hibernation-like states also has military applications, as hibernation could be induced in wounded soldiers until they were rescued or given medical treatment.

Hibernation is a seasonal adaptation that enables some mammalian species to withstand cold temperatures. Primarily, it is a means to conserve energy at those times of year when food is sparse. By hibernating, animals reduce their metabolic rate, and therefore also reduce the consumption rate of the energy stored in body fat. Some animals hibernate for a few days, and others for several weeks, with the period of hibernation depending upon the species and ambient temperature. Until recently, it was thought that hibernation is an adaptation only to low ambient temperatures, and that no species of primate could hibernate. But in 2004, a group of German physiologists showed that the Madagascan fat-tailed dwarf lemur hibernates in tree holes for up to seven months a year, even though winter temperatures in its habitat can exceed 30 °C.

Exactly how hibernation is controlled is a mystery, but it is believed to be associated with hormonal control of circannual (yearly) rhythms. In confirmation of this, a team of Japanese researchers has identified a hormone which appears to be involved in hibernation. It was already known that blood levels of the hormone, called hibernation-specific (HP) complex, decrease in chipmunks with the onset of hibernation. Earlier this year, the same team showed that levels of HP complex also increase in the brain with the onset of hibernation. The function of the HP complex is unknown, but the authors hypothesize that it is involved in regulating energy metabolism.

This episode of Bodyshock, shown on UK’s Channel 4 in September, documents a cryosurgical procedure performed on a man with an aneurysm in his brain. The procedure, called hypothermic cardiac standstill, involved reducing the patient’s body temperature until his heart stopped beating. This was done so that the blood flow to the brain was stopped, causing the aneurysm to shrink and making it easier to operate on.

The program also describes a case similar to that of Uchikoshi’s, in which a Norwegian woman was submerged in icy water for over an hour after plunging through a hole in the ice while skiing.