Artists employ a number of different techniques to represent implied motion in two-dimensional works. One of these, commonly used in posters, comics and animation, is the affine shear effect, whereby a moving object is depicted as leaning into the direction of movement. Cartoonists also use action lines to depict movement and speed, with straight lines conveying fast movements and wavy lines conveying slower ones. Motion can also be conveyed by superimposing several images showing the successive positions of a movement, or by a blurred image showing the different positions simultaneously.

The Japanese artist and printmaker Katsushika Hokusai (1760-1849) used a different and innovative technique to convey motion. The simple line drawings in his Manga strips lack all of the commonly-used motion effects, yet give a strong impression of movement by depicting the human body in highly unstable postures. As a new study just published in the journal NeuroReport shows, the figures in the sketches are perceived to be moving because their gravity-defying postures activate regions of the visual cortex that are sensitive to motion.

END_OF_DOCUMENT_TOKEN_TO_BE_REPLACED

A beautiful and macabre combination of anatomy and portraiture by Spanish artist Fernando Vicente. 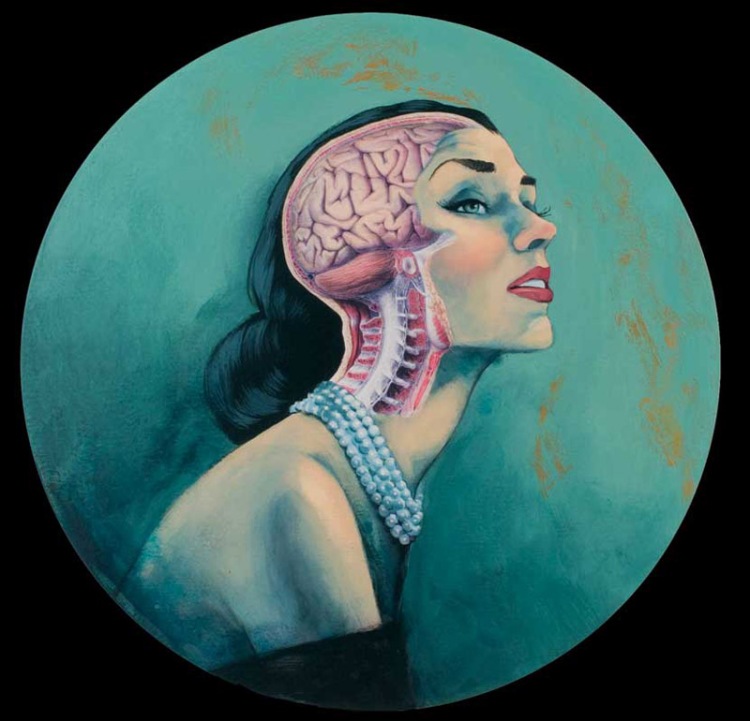